How to Burglar Proof Your Home: A Comprehensive Guide to Home Safety 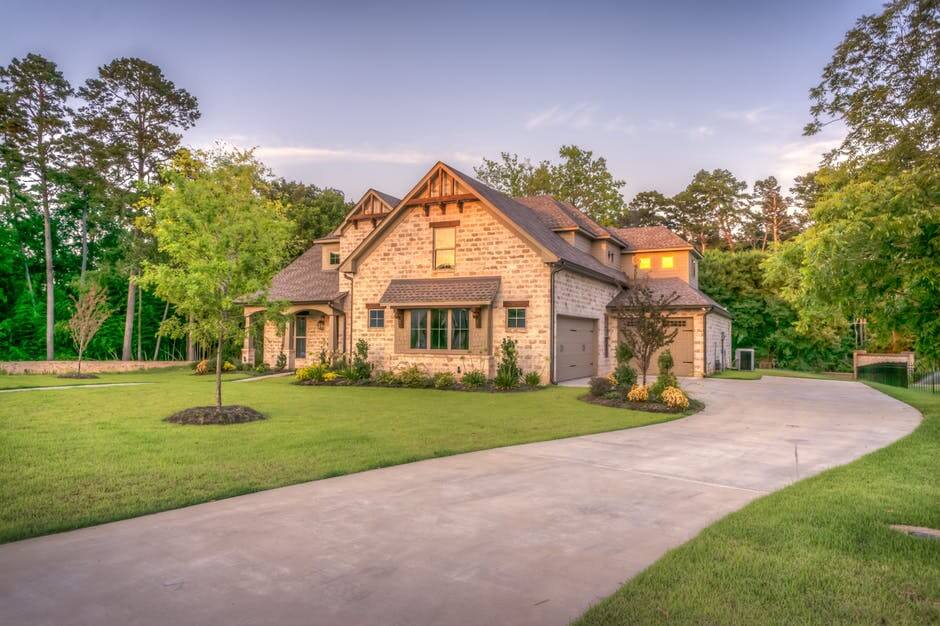 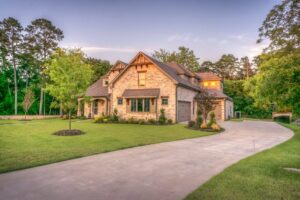 America is the greatest country in the world.

It’s the land of the free and home of the brave! It’s the Star-Spangled Banner and the American dream. To live in the US is to fall in love with it.

But it isn’t without its faults. Politically, socially, and economically, there’s still room for improvement!

Of the many struggles everyday Americans face on the regular, rising crime rates can be of particular concern. Take the case of breaking and entering.

Indeed, there are now 2.2 million burglaries every year in the United States. Clearly, knowing how to burglar proof your home is of vital importance. Need more convincing? According to the same source, the rate of theft works out at roughly 1 burglary every 15 seconds.

We don’t have all the answers to America’s various issues. We do, however, know a thing or two about security! Want to learn how you can protect your home for wrongdoers?

Read on to discover everything you need to know about maximizing your home’s security.

Get your entranceways set up with some high-quality locks.

Your doors and windows are the gateways to your property. Anybody who wants to get into your house will target them. As such, you have to be proactive in ensuring they’re as burglar-proof as possible!

Finding a suitable locking mechanism is a primary way to do it.

Alas, the cheap and flimsy locks you get from the local hardware store might not cut it. Any burglar worth their salt will be able to jimmy, pick, or force them open with relative ease.

Be diligent and fit your doors with robust, high-quality locks (such as deadbolt locks) instead. Consider getting a professional locksmith to install them as well. They’ll have all the tools and know-how to get the job done efficiently and effectively.

As an aside, you could even consider reinforcing your doors for added protection against forced entry. Larger screws on your hinges and strike plate, for example, would both help in this regard.

2. Remember to Lock Your Doors!

There’s no point installing robust locking mechanisms if you fail to lock them!

We’ve all forgotten to do it at some point. You get home at the end of the day to realize the door’s been unlocked the whole time! If you’re lucky, you breathe a sigh of relief when you realize everything’s still where you left it.

It goes without saying that it’s a risky business though. Every time you fail to lock the door is another chance to make a burglar’s day! Indeed, as many as 74% of thieves get in via the front door.

Don’t just lock up when you leave the house though.

You’d be surprised how many homeowners fail to secure their property when they’re in it! They assume everything will be fine because they’re in the house.

Alas, it doesn’t take long for opportunist thieves to nip inside and strike. They might have passed the house, looked through the window and noticed a watch on the kitchen table. Fail to lock the door and they could enter when you’re upstairs, taking your watch from under your nose.

Be sure to lock them from the inside and outside when you’re in and out of the house, respectively.

We mentioned the windows briefly above.

They’re worth talking more about, though, given the frequency with which burglars enter through them.

You could have the best locks in the world and have remembered to lock them. But if you leave a window open you’re just as likely to fall foul of thievery.

Even the smallest windows provide a target. Heck, burglars are even known to use your pet doors to gain access to the property. If the prize is high enough, children or other small thieves can and will contort their bodies and squeeze themselves through any tiny gaps.

Leave an upper window wide open and it is easy pickings. All you need is a ladder or a knack for climbing and you’ll be inside in an instant.

The lesson is simple: shut and lock your doors before leaving the house as well!

4. Install Lights in the Yard

It isn’t unheard of for burglars to strike in broad daylight.

However, as a rule of them, they’re usually more inclined to break in at night. Remember, they don’t want to get caught! This makes the darkness of night time naturally more appealing.

It’s for this reason that installing yard lights is a good idea. You could have them on the whole time at night, or link them up with a motion detection system. The lights will flash on when they notice movement.

Would-be thieves are more likely to stay away given the higher chance of being caught in the act.

Been unlucky enough to suffer a burglary? Our burglary damage repairs service might be of interest.

A well-lit neighborhood comes in handy for all the same reasons.

As we just noted, the cover of darkness is coveted by criminals. Thus, a darker and low-lit neighborhood becomes an appealing target. A thief is more likely to pass unnoticed and get away with the crime.

Even if somebody sees them up to no good, the lack of light makes discerning details far harder. In the absence of a detailed description of the perpetrator, police will struggle to find them.

Is the street lighting around your home subpar? Contact the local authority to see what they can do. They might be willing and able to install more lighting, making for a safer night-time environment.

6. Befriend Your Next Door Neighbors

Make an effort to make friends with your neighbors!

Being friendly with the people next door makes for a nicer time of things in general. However, getting to know them will also provide useful allies in your battle against burglars.

In such close proximity, they’ll be able to keep an eye on things and alert you to any trouble. Nosy neighbors aren’t always celebrated, but they can definitely come in handy when protecting yourself from thieves.

Basically, make friends with your neighbors and they’ll have your back!

For example, they’ll know the people who usually stop by at your house.

They can alert you or the authorities any time they spot someone they don’t recognize acting suspiciously outside your property.

7. Tell Neighbors When You’re Going Away

Let’s say you’re going on vacation for a couple of weeks.

Leaving property unattended for that length of time provides ample opportunity for thieves for making their move.

They notice the build-up of newspapers on the lawn and mail in the letterbox. They scout out the house for signs of movement, maybe even knocking on the door to check if you’re in. They soon confirm their suspicions and take steps to break in.

Having forged friendships with your neighbors, though, you’ve told them you’re going away.

Knowing you aren’t expecting anybody, the presence of strange people poking around raises instant concern. They call the police who arrive and thwart the attempting burglary.

Always tell your neighbors when you’re going away, and ask them to keep an eye out! Another related option would be to set up a neighborhood watch in your area.

Get the people in your street onside and come together as a community to keep an eye out for trouble.

Think about adding a wall or fence around the outside of your house.

Doing so helps demarcate your property and creates an obstacle for would-be thieves to bypass. An added bonus is that you’ll end up feeling safer indoors.

They’re a great way to make the life of a burglar that bit harder.

And, sometimes, that’s all you need to dissuade them from attempting to break-in.

After all, most burglars are known to be opportunists. They’ll see an opening and go for it, as opposed to planning their attack in advance. Having to climb a wall or get through a fence might seem like too much hard work.

You might already have one! That’s great, but the next step is to ensure it remains effective. There might be collapsed sections in walls or holes in the fence. Any breach of this nature reduces their ability to keep people out.

Patch any problems up to restore their security functionality.

There might be hedgerows, flower beds, and trees galore.

The trouble is that you might inadvertently make the life of a thief that bit easier. Busy gardens are full of possible hiding places. Scary as it can feel, someone could be outside your property right now and you’d have no idea.

We’re not suggesting that you have to go and rip out everything from your garden! A simple sprucing of the space might suffice.

You’re trying to improve visibility to help you see people who pose a threat.

We realize that privacy is important too! However, taking steps to help neighbors see the front of your property will help them spot anyone who’s up to no good.

10. Place Valuables Out of Sight

Think about all the valuables in your house right now.

Try to hide them from view whenever you’re out of the house. You never know who is lurking around outside and looking in. Those valuables on display might prove too tempting to resist- especially if you’ve left a window open or door ajar!

The last thing you want to do is incentivize a burglary. Putting your valuables out of sight is a quick and easy way to reduce the chance of it happening.

Locking your valuables in a fire-proof safe helps take the precautions one step further.

Suddenly, there are no prized possessions on display AND they’re locked safely away. It makes the life of a thief exponentially harder (assuming you haven’t broadcasted the entry code to the world!).

Remember to bolt the safe in place as well. Don’t, and you can rest assured that the thief will simply steal the entire thing.

Think about hiding the safe as well. Floor and wall safes are both clever ways to reduce the chance of losing your valuables. You can leave the house in the knowledge that your items should be safe and sound.

There’s nothing like a blaring alarm to convince a thief to scarper away empty-handed. After all, these systems can be linked up with the authorities; the police are notified when they go off.

Linking in with your smartphone, you can control the alarm from a distance, monitor security cameras (more on these next), and see who’s at the door. You can be anywhere in the world and keeping tabs on what’s happening at your house.

That all adds up to greater security and peace of mind.

Closed-circuit television is being installed more and more in residential properties.

And, given the extent of thievery in the US, we aren’t surprised.

These security cameras provide eyes onto a property. They allow you to see what’s happening in your home and catch trespassers in the act. The footage that’s recorded can then be used to find and prosecute the perpetrator.

In a bid for extra security, installing cameras in and around your property is never a bad idea. Better still, modern systems are relatively inexpensive and can be monitored from a smartphone.

Now You Know How to Burglar Proof Your Home

Rising rates of crime and scarily high burglary statistics mean it’s more important than ever before to work out how to burglar proof your home!

Hopefully, this article has provided a selection of top tips to help you do it.

Want professional help securing your home with quality locks? Contact us today to see how we can help!